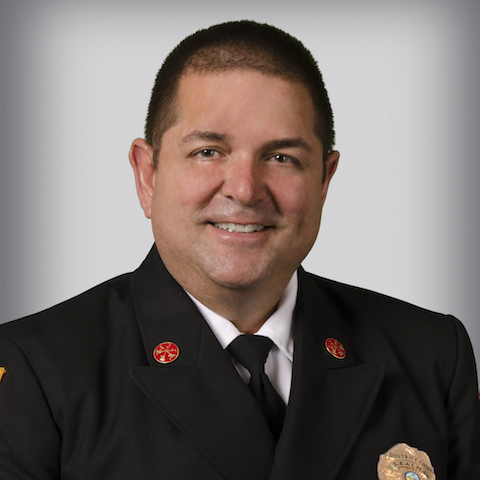 Division Chief James Millican has been with the Lealman Fire District for 26 years. Starting his career with Lealman in 1991, he has risen through the ranks to Division Chief/Fire Marshal. He is a State Certified Fire Officer, Instructor, Fire Safety Inspector, ASHI CPR and First Aid Instructor, and a Nationally Certified Child Passenger Safety Seat Instructor/ Technician. As the Fire Marshal, Division Chief Millican oversees the district’s fire prevention division and is the district’s Public Information Officer. In addition, as the Governmental Affairs Liaison, he has been instrumental in getting legislation passed that helps the district, residents and firefighters. He has been on the board for the Florida Association of Special Districts for 8 years, and is the Chair of the Legislative Committee for the Florida Association of Special Districts.

Division Chief Millican is active and involved throughout the community, volunteering his time and skills with an emphasis on children and families. In 2017, he was appointed by Governor Rick Scott to the Juvenile Welfare Board. He has been on the board of directors for the Lealman and Asian Neighborhood Family Center for 14 years, where he currently serves as Chair. He has also served as the Pinellas Chair and the Executive Chair for Suncoast Safe Kids, and is a former member of JWB Mid-County Community Council.