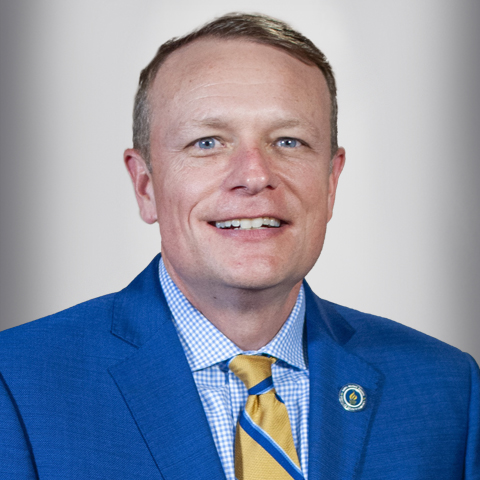 Kevin K. Hendrick is an innovative leader and gifted communicator with a proven record of improving student achievement, working collaboratively and building cultures of excellence.  In his role as School Superintendent, Mr. Hendrick serves in an ex-officio capacity on the Juvenile Welfare Board of Pinellas County.

At the height of the pandemic, he spearheaded the district’s transition to remote instruction and developed an initiative to ensure computer and internet connectivity for every student. He expanded access for early learning, led effective literacy programs and developed a program that provides high-achieving students with a personalized path to college success. He effectively administrated academic elements of the district’s Bridging the Gap plan, advocated for Pinellas County Schools growing Hispanic community and facilitated resources that support English learners, including the district’s award-winning Spanish-language Facebook page.

Mr. Hendrick, served as Director of High School Education and as the Principal of Northeast High School for nine years.  Under his leadership, Northeast High consistently performed at an exceptional level, earning the first A and B grades in the school’s history and receiving national recognition for preparing students for college and careers. Mr. Hendrick is a longtime resident of Pinellas County and a graduate of Largo High School. He started his career in education in 1997 as a teacher at Pinellas Park High School and taught for several years at Dunedin High School. He has been a high school math and social studies teacher, a basketball coach, an assistant principal and an athletic director.

In 2016, Mr. Hendrick received the Governor’s Shine Award for his contributions to the field of education. In both 2016 and 2017, Mr. Hendrick won the district’s Principal Achievement Award for Outstanding Leadership. In 2017, he was selected as a finalist for the statewide Principal of the Year program. He has been actively involved in professional organizations and partnerships, serving as Cadre Leader for Statewide Collaboration for Impact Florida and as a member of the Florida Organization of Instructional Leaders. He has also served on the Mayor’s Education Advisory Group for St. Pete’s Promise, the St. Petersburg Chamber Economic Development Grow Smarter Leadership Alliance, the Chief Academic Officer Cadre for the Council of the Great City Schools, and the Leadership Council for the LEAP College Access Network, as well as in various roles for Advancement Via Individual Determination (AVID).