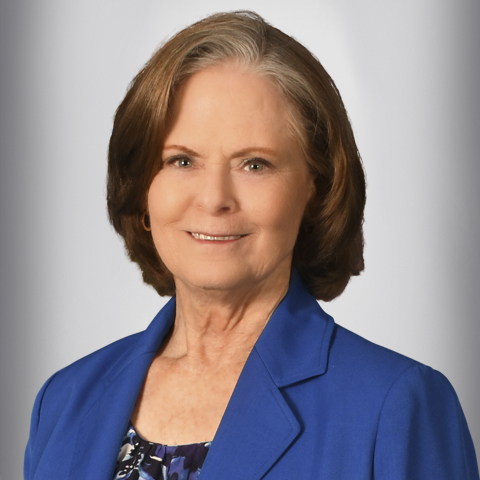 Commissioner Pat Gerard was elected to the Pinellas County Board of County Commissioners in 2014. She previously served on the Largo City Commission from 2000 to 2014, the last eight years as Mayor of the City.

During Commissioner Gerard’s tenure with Largo, the City partnered with the Central Pinellas Chamber of Commerce to streamline the permit application process, which allowed small businesses to grow and create new jobs during the economic turndown. In addition, the City built a library that has been recognized as the best in the state, a new Community Center which is Platinum LEED-certified, and a Recreation Center that benefits and serves citizens of all ages.

Commissioner Gerard has dedicated her career to human services, working with victims of assault, domestic violence, and homelessness. She began her career more than 40 years ago, initially working in a community-based rehabilitation program where she served the chronically mentally ill. She has served as a victim advocate for the Largo Police Department (1984 – 1986), as director of Religious Community Services’ Spouse Abuse Shelter (1986 – 1992), and as chief operating officer and chief grants officer with Family Resources, Inc. (1992 – 2019).

In her official capacity as a Pinellas County Commissioner, she serves on the Juvenile Welfare Board of Pinellas County, Affordable Housing Advisory Committee, County Attorney Oversight Committee (CAOC), Health and Human Services Leadership Board, Pinellas County License Board, Public Safety Coordinating Council, and Chair of the Pinellas Suncoast Transit Authority.

Commissioner Gerard holds a B.A. in Psychology and M.A. in Rehabilitation Counseling, both from the University of South Florida.